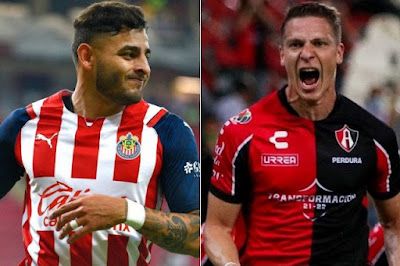 One of the most traditional games in the Mexican top-flight takes place every season between Chivas and Atlas, and both sides are set to play against each other this Saturday in an exciting clash that will take place at Akron Stadium.

The hosts will enter this game with mixed feelings, as they were able to rescue a draw in last week's Clásico Nacional against América, but they were not as fortunate in their midweek match against Querétaro, who defeated the red and white side one-nil.

That loss saw Chivas slip down the ranks to ninth place in the competition, which has seriously hindered their chances of making it to the playoffs. Adding one more loss to their record may place some unnecessary pressure on these players.

On the other side of the pitch, Atlas will enter this clash in one of their sweetest moments in recent memory, as they are currently ranked fourth in the Mexican top-flight, product of their record that shows five wins, four draws, and only two losses. If the tournament ended today, Atlas would earn a bye in the first playoff round and would enter the Quarterfinals after a long absence.

Atlas will try to go back to winning ways after losing their most recent match against Puebla (0-1). Prior to that, Los Rojinegros had earned a four-match streak without a loss, which included wins against Liga MX heavyweights such as León (2-0) and Monterrey (2-1).

Regardless of how these teams get to this clash, it will be interesting to see how their coach's tactics work in their favor to take three crucial points home. Let's have a look at the key aspects of this clash.

Guadalajara vs Atlas - Who's in and who's out?