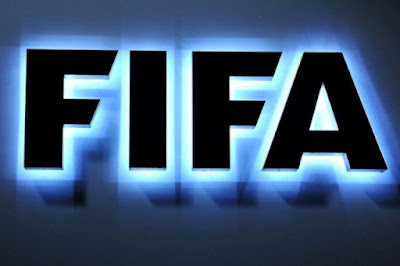 The 2026 World Cup is about five years away, but FIFA is already reportedly planning to make some big changes before the event, which will be joint-hosted by the United States, Canada, and Mexico kicks off.

According to the New York Times, the world football organizing body, which has been based in Switzerland since the 1930's, is reportedly sniffing around the possibility of relocating to the United States. The reason for this? Well, it's multi-fold.

This won't be the first time FIFA opts to expand beyond Switzerland; earlier this year, in June 2021, current FIFA president Gianni Infantino, along with French president Emmanuel Macron, presided over the opening of a satellite office in Paris.

But revenue isn't the only reason FIFA are looking to shift their focus. Indeed, as per the same American report, FIFA are seeking to put some distance between the governing body and Switzerland.

As we all know, there has been a long history of scandals, corruption, and other dodgy dealings coming out of Zurich, culminating in the disgrace and eventual resignation of former president Sepp Blatter. Blatter, a Swiss international, was ultimately forced out in 2015, with Infantino taking over. Yet, even Infantino hasn't been immune from scrutiny, namely due to his connection with Michael Lauber, Switzerland's former attorney general, who is under investigation in that country.

Finally, FIFA, given that it is an entity devoted to the governance of world football, is likely looking to diversify its workforce, as many foreigners, including Americans, do sometimes find it very difficult to secure employment in Switzerland due to the many hurdles involved in getting a work permit. In addition, FIFA is currently required to maintain a certain number of Swiss nationals on its workforce, thus further limiting the number of overseas prospects it can bring in.

It will be very interesting to see if this proposed move works out; as per the report, FIFA is looking at both East and West Coast locations, meaning that it is possible the entity could end up setting up shop in a well-known city like New York in the not too distant future.