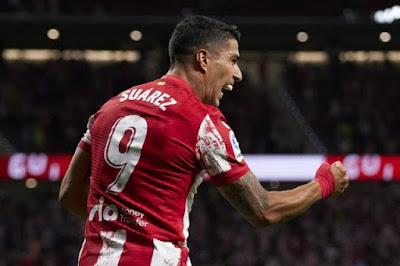 Reigning La Liga champs come into this game having beaten AC Milan 2-1 in the Champions League, which was the perfect tonic following a surprise 1-0 loss to Deportivo in the league last weekend. That defeat marked the first in the league for Los Rojiblancos, and as a result, they've slipped down to fourth in the table, three points behind cross town rivals Real Madrid. However, despite this, they'll be fancying their chances against Barcelona, especially considering the nightmare the Blaugrana have been enduring the entire season.

Ronald Koeman's side may still be unbeaten in La Liga, with three points and three draws from their first six earning them 12 points and seeing the Catalan giants sitting in sixth place. Their foray into the Champions League, however, has been an utter disaster. First was a 3-0 loss to Bayern, which, given how die Roten have dominated proceedings between the two sides for quite some time, was hardly a shock; in fact, the only surprise was that Bayern didn't score more goals. But their recent 3-0 loss to Benfica, a team which had never beaten them before in European competition pretty much looks set to have spelled the end of Koeman's tenure at the Camp Nou.

Koeman actually won't be managing the team for this upcoming tie due to a two-match ban, but the pressure will still be on Barcelona to get a result here, especially given the diaster from their midweek fixture. While they earned a 3-0 win over Levante, they've also dropped points against Granada and Cadiz recently, and will be taking on a team who they've failed to beat in their last three meetings.

In fact, Atleti recorded a 1-0 win in this same match last season, while holding the Blaugrana to a scoreless draw in the reverse fixture, so on paper, at least, the tie looks tipped in the hosts' favor. That being said, Barcelona still do have the players to cause some trouble, and with that in mind, Los Rojiblancos won't be taking their upcoming visitors too lightly - regardless of their struggles in Europe's premier club competition as as of late.

Atlético Madrid: Simeone pretty much has a full-strength squad available, save for English international Kieran Trippier, who was subbed off during the clash against Milan and may be in doubt for Saturday's game.

Barcelona: Sergio Aguero, Jordi Alba, Martin Braithwaite, and Ousmane Dembele are all definite absentees for the visitors, while youngster Ansu Fati may be rested as he's only just returned after a long-term injury lay-off due to knee surgery. In addition, Alejandro Balde, who's still battling his way back to fitness following a back injury, may not be featured here, either.

Where to watch Atlético Madrid vs Barcelona live on October 2, 2021

Live elsewhere? Here's where to watch Atlético Madrid vs Barcelona live from your current location: