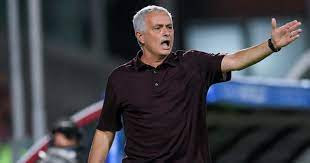 The another gameweek in the Italian Serie A concluded on Monday night with several results altering the state of the league table. Before Venezia and Torino drew the curtains on the sixth round of matches with a 1-1 draw, a handful of the popular outfits gave fans a lot to talk about with their performances in their respective fixtures. For starters, Lazio kept their run of not losing to Roma when playing at 'home' in the Derby della Capitale intact by defeating their cross-town neighbor's in an entertaning 3-2 affair. Shortly after, Napoli consolidated their status atop the table with a 2-0 win over Cagliari.

There was somewhat a sense of normalty with Juventus getting a win following their recent struggles. The Bianconeri defeated Sampdoria 3-2 to pick up their second victory of the season. Serie A defending champions Inter Milan were left to rue a host of missed chances, particularly Edin Dzeko's missed spot-kick as they were held to a 2-2 draw in the meeting with Atalanta. Last season's runners-up AC Milan added to their fine form by securing a 2-0 away win over Spezia.

Who are the top five Serie teams after Matchday 6?

Mourinho hit out at officials as Lazio edge Roma: Jose Mourinho has described the quality of the match officials for Roma's match against Lazio as "not at the right level," after his team was defeated in a five-goal thriller in Serie A on Sunday. The Portuguese manager saw the Giallorossi come back from two goals down  on two occassions in pursuit of a point, only to lose 3-2 to Maurizio Sarri's side in the Rome derby.

Paulo Dybala ruled out of Juventus vs Chelsea after picking up muscle injury: Paulo Dybala will miss Juventus' Champions League match against Chelsea after suffering a muscular injury in the weekend's 3-2 triumph against Sampdoria. The injury occurred shortly after Dybala scored the game's first goal, hammering home Manuel Locatelli's lay-off from the edge of the penalty area.

Napoli yet to reach Insigne renewal agreement: Napoli have yet to strike an agreement with Lorenzo Insigne on a contract renewal. The 30-year- old forward's contract is set to end in June 2022, and no new talks to discuss the potential of new terms have been scheduled. As things currently stand, Insigne will be free to sign a pre-contract agreement with any potential suitors in January, with the striker apparently receiving Premier League interest.

Torino vs Juventus: Juventus make the short trip to face Torino as they target a third successive win in Serie A this season. With the international break just around the corner, Maxi Allegri's men will be eager to put on a good show to grab a win in the first Turin derby of the season.

Inter Milan vs Sassuolo: Inter Milan will be poised to return to winning ways when they host Sassuolo at San Siro in their next league outing. The charge to defend the Scuddetto is gradually shaping up for the Nerazzurri who remain unbeaten in the six games they have featured in so far. For their opponent, the mission will be to build on the 1-0 win over Salernitana after a run of four defeats.

Fiorentina vs Napoli: The league leaders travel to Florence in search of a seventh successive win but face a tough test. Their host have had a bright start this season and will equally seek for a favorable outcome to add to their haul of four wins from six.

Atalanta vs AC Milan: After holding Inter to a 2-2 draw in their most recent outing, Atalanta will welcome the archnemesis of the Nerrazzurri to their home grounds. La Dea will be eager to extend their unbeaten run to three in the league but will not have an easy ride as the Rossonerri themselves aim to keep their unbeaten Serie A run going.