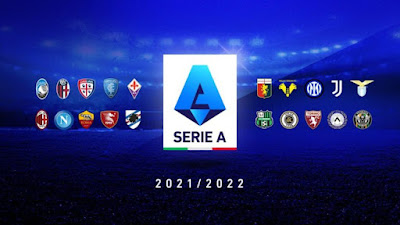 It's five games into the new season and already massive upsets have been recorded against the league's title contenders. The trend could well continue with a number of tricky tests on the menu for fans of the Serie A. Reigning champions Inter Milan will draw some attention as they look to keep their unbeaten run going when they host title rivals Atalanta at Stadio Giuseppe Meazza. The derby in Rome will also be one to keep a keen eye on with both clubs having started on good notes.

Elsewhere, Juventus will be poised to add to make it two wins in a row when they host Sampdoria after their false start to the season. Spezia, who handed the Bianconeri their first league win of the season in mid-week, would make an attempt at making life difficult for AC Milan, another one of the handful of clubs tipped to contest for the Scudetto this season.

League standings ahead of Matchday 6 - Top 5

Top Serie A games to watch this weekend

Inter Milan vs Atalanta: Inter Milan face the biggest test of their Scudetto defence so far on Saturday, when they host Atalanta BC at San Siro. The Nerazzurri secured  the win against Fiorentina in mid-week after going a goal while their visitors won for the second time in a row on Tuesday night.

Lazio vs AS Roma: All eyes will be on the Stadio Olimpico when Lazio and Roma meet on Sunday evening in the sixth round of the Serie A in the first  Derby della Capitale of the season. The blue half of the capital have  struggled in recent weeks, whereas their Giallorossi rivals are soaring under Jose Mourinho, who will face fellow ex-Chelsea manager Maurizio Sarri this weekend.

Spezia vs AC Milan: After handing Juventus a tough test in mid-week, Spezia will return to action this weekend by hosting AC Milan. The Rossoneri secured victory in their mid-week encounter with Venezia and will be out to avenge the shcok defeat they were dealt in last season's trip to Stadio Alberto Picco.

Juventus vs Sampdoria: Having barely survived what would have been deemed a major crisis by avoiding defeat against Spezia in midweek, Juventus will welcome Sampdoria to Allianz Stadium on Sunday as they aim to get the ball rolling. The visitors will be eyeing a swift turnaround after falling to Napoli in the game leading up to the upcoming trip to Turin.

Who is out of contention for the Serie A MD 6?