Nuno backs Kane, insists goalless league start about the team not one player 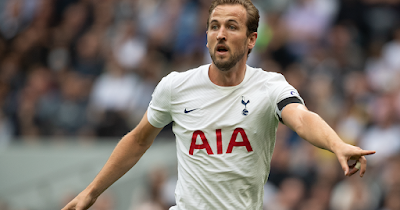 Kane has had limited impact for Spurs since returning to the line-up in the league after regaining match fitness along with his drawn-out transfer saga with Manchester City.

After Spurs had won their opening three games including a 1-0 win over champions Manchester City, they have lost their past two matches 3-0, going down to Crystal Palace and Chelsea.

Kane, who has now had three league starts, has had less touches inside the box this season than Chelsea and Liverpool defenders Marcos Alonso and Joel Matip, leading to criticism of the England forward and his positioning and movement on the field.

"No, the realisation that we are not able to build enough situations is the problem that we have," Nuno told reporters. "All individual situations that happen with the players – touches, actions – are a product of the team.

"[In the] previous game, Harry started on the left, really high and things went good. Unfortunately we were not able to score. We had chances to do so.

"The way we are working is to find solutions, try to reinvent, recreate situations which can improve our football and our game and Harry is part of the team. It's the partnerships, the complicity, the way we do things, everyone has to be involved."

He continued: "I would like to see all our players. If I can put our players, six, seven in the box is where games are decided, I will do so."

Nuno brushed off the question that Kane may be frustrated following his transfer saga with City.

"That's the past," he said. "Nothing that we can say or do now or in the future will change the past. What we have to do with the past is put it behind our heads and focus in the present."

The Portuguese, who won the Premier League Manager of the Month for August, said he understood the criticism of Spurs after back-to-back defeats.

"We are aware that we have problems we have to improve on," Nuno said. "The energy is exactly the same.

"Of course when things are well, you smile, you're happy. This is life. But my energy? It's always the same."

Tottenham are away to North London rivals Arsenal on Sunday as they look to stop their losing run in the league, although they face Nuno's former club Wolverhampton in the EFL Cup prior to that on Wednesday.