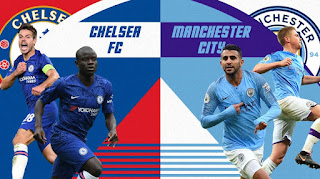 Chelsea and Manchester City – two heavyweights of the PL take on each other this weekend, in a bid to be classified as early favorites for the title. Defense has been spectacular for either throughout this new campaign, and both squads will be adamant to not lose to each other.

Likely, expect a goalless draw this weekend at the Stamford Bridge.

The Blues are the reigning European champions, and they have picked things up from exactly where they left off last season. They wasted no time in racing to the top of the table, and have been unbeaten so far.

In fact, they have a 100% winning record barring a single draw, and the sole game where they dropped points had come at the Anfield, against Liverpool.

Note that this is also the only match-up where they conceded a goal this league season, and it was via a penalty by Mohammed Salah.

In the meantime, City have a 100% unbeaten record disregarding a single defeat, and it had come in their opener against Tottenham.

It needs to be noted that the Blues as well as the Citizens have combined to concede a grand total of just two goals from their ten PL matches this season – and one of those goals was a penalty.

As things stand, anticipate a fierce encounter this Saturday, but expect the superior defense of either to prevail.

These two last locked horns in the 2020-21 Champions League Final – and then Thomas Tuchel’s men won 1-0.
They are on a three-fixture winning streak.
However, the six wins before that were registered by Pep Guardiola’s men.
The last four overall wins at this venue were evenly split into two each for either squad.