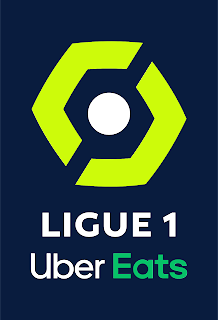 The top football category in France had a hectic week with midweek matches taking place, but even after two games for each side, PSG were able to keep their unbeaten run going and also extend their lead at the top.

Mauricio Pochettino's team managed to keep their flawless run in the French top-flight after last Saturday's game, and they did so without two of their stellar signings on the pitch. In fact, their goals against Montpellier were scored by Idrissa Gueye and Julian Draxler, proving the depth of a squad that was built to win it all. With such a commanding lead in the tournament, it seems like there will be no team capable of taking the title away from them in the domestic competition. If that was not enough reason to celebrate, PSG finally was able to keep a clean sheet this weekend, which will surely give their goalies and defenders a bit more confidence ahead of their busy schedule.

Without further ado, here are the main talking points after Matchday 8 in Ligue 1.

Who are the top five Ligue 1 teams after Matchday 8?

As mentioned before, PSG are top of the league thanks to their eight wins in eigh games. This week's match proved that Les Parisiens' star-studded cast will be able to thump almost all opposition even if Messi or Ramos -who were out due to injury- are not around. Elsewhere, Lens claimed the second place in the tournament after beating Marseille, who are now third but with a game in hand.

Marseille winger Dimitri Payet claimed the top spot in the goalscoring department thanks to his brace against Lens, reaching five goals in the tournament. Nice's Amine Gouiri and Rennes Gaetan Laborde share that honor following their respective displays this weekend. Surprisigly, Neymar, Messi, and Mbappé are not included in this list!

Rennes vs PSG: Les Parisiens may be far away from setting a record for the most consecutive wins in the league, but if they want to do that, they will have to beat Rennes before the international break. Their hosts have struggled to score goals this season, but their defensive prowess (only nine goals conceded) shuld be quite a test for Neymar, Mbappé, and Co. before they set sail to play with their national teams.

Lille vs Olympique Marseille: The defending champions have finally reached the upper half of the table, and if they want to prove that their renaissance is for real, beating Marseille can be considered a must. As for L'OM, their main goal will be to end that two-game streak without a win, which saw them fall behind in the standings despite their good form in front of goal.

Saint-Etienne vs Olympique Lyonnais: The most-winning team in Ligue 1 history is desperate to win their first game of the season, but that may not be an easy task considering that Lyon will be their rivals next weekend. Lyon have been rather inconsistent this season, but all in all, it seems that the team coached by Peter Bosz has what it takes to avoid any embarrassment against the last-placed team in the tournament.