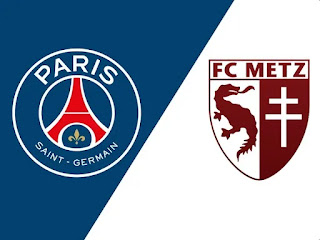 PSG, as expected have raced to the top of the table with a 100% winning record. They already have a five-point lead at the top, and have scored six more goals than any other squad in the entire competition.

Meanwhile, Metz have been the absolute worst squad in the Ligue 1 in 2021-22. They are placed bottom-most in the table, and have a 100% winless record.

They have conceded the most number of goals in the tournament, and only two other teams have scored fewer than them.

By the looks of things, expect a convincing win for the Parisians this Wednesday.

Going on though, there are more factors at play here.

New arrival to the club – Leo Messi, is yet to find the back of the net for his new team, and as a matter of fact the gifted playmaker is yet to provide an assist as well.

Moreover, Mauricio Pochettino also has the job of finding a way to make three superstars gel together. They have important games coming up in the Champions League, and time is fast running out for the gaffer.

This upcoming encounter against the dead-last placed Metz is a great opportunity for Messi as well as the team to put a halt to the criticisms that’s being thrown in their way.

Expect a dominating win for PSG at the Stade Municipal Saint-Symphorien.

The latest encounter had ended in a 1-3 win for the Parisians.
They are on an 11-fixture winning streak.
They had kept clean sheets in three of the former four clashes.
The team had scored a total of 33 goals from the past eleven fixtures.