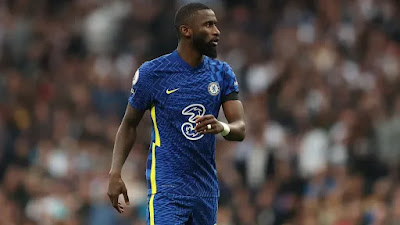 Chelsea centre-back Antonio Rudiger has confessed that he will not rush a decision over his future with the European champions, describing his next move as the most important of his career.

The 28-year-old, who is a core part of Thomas Tuchel's side, has entered the final 12 months of his contract and is yet to sign an extension, despite being offered the chance to do so by those in charge at Stamford Bridge.

90min understands that Rudiger is seeking a significant pay rise as a reward for his outstanding form, which he believes has seen him become one of the club's top earners, but Chelsea have yet to make a satisfactory offer.

Speaking to SID (via Sky Deutschland), Rudiger admitted that he knows this is likely his last chance to earn a big contract and he has no plans to rush his decision.

“For me, this will now be the most important decision of my professional career," Rudiger acknowledged.

However, he stressed that he is giving Chelsea the chance to meet his demands, adding: "I haven’t spoken to any other club than Chelsea."

Rudiger's situation is being closely monitored by a handful of sides across Europe. Real Madrid, Paris Saint-Germain and Tottenham are all interested, while there have been plenty of links to German champions Bayern Munich, with Julian Nagelsmann seeing the 28-year-old as a potential replacement for Niklas Sule, whose own contract is winding down.

“I don’t like talking about players who are under contract with another club," Nagelsmann said on Thursday when asked about the situation. "Thomas Tuchel has handled him extremely well since he was on the sidelines. He is extremely aggressive.

"I haven't spoken to Brazzo [director Hasan Salihamidzic] about it yet, and if I had, I wouldn't tell you! I'll see if there's still money in the bank, and then we'll see."