Transfer: Arsenal to do battle with Man United in the race to sign cut-price Bayern midfielder 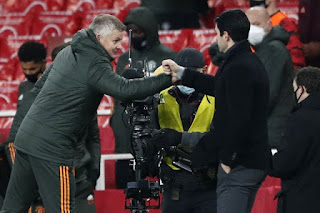 t's no secret that both Arsenal and Man United are in need of midfield reinforcements ahead of the 2021/22 Premier League season, which is set to kick off this Friday with the Gunners' showdown with Brentford. As a result, it comes as little surprise to see these two English clubs battling it out for one Bayern Munich player put up for sale.

That man is none other than Corentin Tolisso, the 26-yeaar-old Frenchman who was once one of the most highly-rated midfielders in world football. The former Lyon ace has only one year left on his contract, and with Julien Nagelsmann keen on bringing in RB Leipzig midfielder Marcel Sabitzer to the Allianz Arena, the Bundesliga champions are ready to cash in on the 2018 FIFA World Cup winner in order to get him off their books.

Unfortunately, given that he is into the final 12 months of his contract, die Roten are finding it impossible to recoup a substantial fee for Tolisso. Initially, a $23.6M price tag was set for the out-of-favor Frenchman but, according to Bild, the German giants have now slashed their asking price to a mere $12M. This decision has thus garnered attention from Premier League suitors.

Man United's interest in the Frenchman has been known for some time. With Paul Pogba's future at Old Trafford being under heavy doubt, Ole Gunnar Solskjaer is keen on bringing in a midfielder or two and could thus turn to Tolisso as a cheaper alternative to the likes of Declan Rice, Ruben Neves, Saul, and Eduardo Camavinga – all of which have been on the Red Devils' radar.

Arsenal, on the other hand, could do with an additional partner for Thomas Partey. Granit Xhaka, who was previously tipped to leave the Emirates Stadium, is now staying but a recent injury to their Ghanaian ace means Arteta will be forced to start Friday's Brentford showdown with a double pivot consisting of the Swiss captain and the newly-signed—and inexperienced—Belgian Albert Sambi Lokonga.

The north London giants are also in need of another creative midfielder, with James Maddison and Martin Odegaard being linked. Furthermore, an additional keeper is needed at the Emirates Stadium, with Sheffield United shot-stopper Aaron Ramsdale looking like Mikel's ideal target.