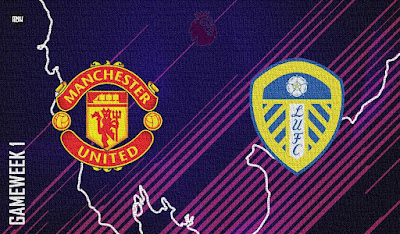 The predictions are in. The squads are nearly set. The 2021/22 season is upon us and it all starts on Friday, with Arsenal taking on Premier League new boys Brentford. On Saturday, the actions kicks off at Old Trafford, where Manchester United will play hosts to Leeds United, hoping to being their campaign on a high. Manchester United have made definitive progress under the tutelage of Ole Gunnar Solskjaer, who has guided the Red Devils to back-to-back top four finishes. The first trophy might still be eluding them, but United appear to be on the right track, especially after a summer transfer window that has seen them sign two world class players in Jadon Sancho and Raphael Varane. Leeds United, like Manchester United, have been busy in the transfer market this summer, signing several players, although only a fraction of those will be regulars at first-team level. As for matters on the pitch, the Whites will look to build on a ninth-placed finish in the Premier League last term, with Marcelo Bielsa, who has recently renewed terms with the club, looking to take his team closer to the European places. The corresponding fixture last season was a goal fest, with Manchester United cruising to a 6-2 win over Leeds United. Ahead of the latest meeting between the two sides, The Hard Tackle takes a closer look at the encounter.

Ole Gunnar Solskjaer has a myriad of issues on the team news front ahead of the visit of Leeds United. On Saturday, the Manchester United manager will be bereft of the services of as many as eight first-team players due to illness of injury-related absence. The major absentees for Manchester United is Marcus Rashford, who is sidelined for at least a couple of months after undergoing a shoulder surgery. In addition, Edinson Cavani is another key player who misses out after being afforded extra time off after his participation in the Copa America. The remaining absentees are Dean Henderson, Alex Telles, Phil Jones, Eric Bailly and Jesse Lingard, while Raphael Varane is unavailable as his signing is yet to be formally completed. In some good news, though, Jadon Sancho could feature despite only beginning training recently, with Solskjaer iterating that he has settled in quickly at Carrington. Sancho, though, is unlikely to feature from the kick-off, meaning Mason Greenwood will likely be deployed on the right flank, with Paul Pogba starting on the left wing. Anthony Martial, who is raring to go after a difficult 2020/21 campaign, will lead the line for Manchester United against Leeds while Bruno Fernandes will reprise his usual no. 10 role. In the middle of the park, Nemanja Matic could get the nod alongside Fred after appearing to be rather sharp in pre-season games. As for the defensive unit, the regular faces will take their places, with Victor Lindelof pairing up with Harry Maguire at the heart of the Manchester United backline in the absence of Varane. Luke Shaw and Aaron Wan-Bissaka will be the two full-backs, with David de Gea a certainty in goal.

Unlike his counterpart in the Manchester United dugout, Marcelo Bielsa barely has any fitness troubles hampering his preparations ahead of the trip to Old Trafford. On Saturday, the Leeds United boss will have to make do without just a couple of players. The only players that are unavailable for the Whites are Diego Llorente (knee) and Adam Forshaw (match fitness). As for the good news, Junior Firpo and Jamie Shackleton are available after overcoming their respective knocks to be at Bielsa’s disposal. Firpo, who has recently been full of praise for the work done during training sessions at the club, should be named in the starting lineup straightaway, making his Premier League debut for Leeds from the left-back slot. On the opposite flank, Luke Ayling is a certainty, with Robin Koch and Liam Cooper forming the central defensive partnership. In goal, there is no looking past Illan Meslier. Up ahead in midfield, Kalvin Phillips will pull the strings from a deep-lying position while also bringing the energy to snuff out attacks higher up the pitch. Raphinha and Jack Harrison will be the two wide men for Leeds, with Stuart Dallas and Rodrigo Moreno being the attacking midfielders who will provide support to the central striker, Patrick Bamford.