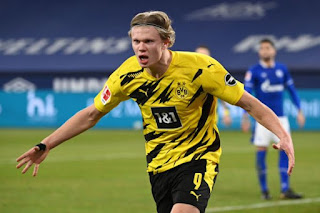 Laporta, who took over as President of Barcelona, ​​is trying to make a lot of changes in Barcelona. Laporte's first goal is to keep Messi and give Messi a good squad to bring Barcelona back to its former glory. According to the Spanish media, the Barcelona president has started trying to bring Holland to the team for this.

Barcelona are trying to bring Dortmund star Holland to the team at any cost. Dortmund are asking for $ 100 million for Hollande. Barcelona are in a big financial crisis but the club has decided to buy Holland. Laporta is ready to sell many of the players on the team for this. The club will soon sell out Coutinho, Griezmann, Umtiti, Bretwhite and Panich. Then it will be Barcelona's decision to replace Hollande.