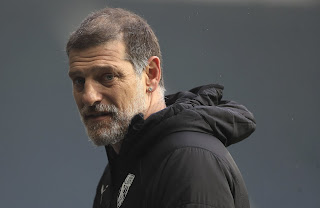 Slaven Bilic has been sacked by West Brom, with former England manager Sam Allardyce likely to replace him as head coach at The Hawthorns.

Slaven Bilic's final game in charge was a 1-1 draw at Manchester City on Tuesday; West Brom are 19th in the Premier League after picking up just one win in their first 13 games following their promotion from the Championship last season.